The distinction between entrepreneurs (or freelancers) who work for themselves, and employees who sell their workforce to somebody else used to be clearcut. Entrepreneurs and freelancers had control over time and space at work while employees did not. But today it seems that the lines between these categories are blurring faster than ever. The old distinction makes less and less sense.

Management is undergoing profound changes as companies want to “liberate” their workers and let go of middle management to be more innovative. The digital transition has imposed innovation as a strategic imperative for companies that are now trying everything to disrupt themselves. Allowing employees to work in more flexible ways is one of HR’s most common ways to unleash workers’ creativity. Work space in particular is regarded as a major tool to foster innovation.

For a few years now, these spaces have also been a subject of interest for academics and researchers. Quite a few doctoral dissertations have been published on the subject! The Research Group on Collaborative Spaces (RGCS) started two years ago as an independent network of researchers and professors, and a think tank dedicated to researching and promoting novel collaborative work models. It is already present in six cities (Paris, London, Montreal, Lyon, Grenoble and Barcelona), and this year it is to start in three more cities (Berlin, Amsterdam, Rome). It has recently published several papers, among which a summary of all its research on new work practices and how they blur the lines between entrepreneurship and salaried work.

Work lives are more chaotic than ever

Not only has unemployment and underemployment become a permanent calamity in most Western economies, but employment has also become more precarious for all. Rare are the workers who will stay in only one company for the whole of their careers. According to an Economic News Release from the Bureau of Labor Statistics, the median number of years that salaried workers had been with their current employer is currently 4.6 years. But that number is much lower for workers aged 25 to 34: 3.2 years. Medium tenures are consistently going down. Job hopping is now the norm rather than the exception. 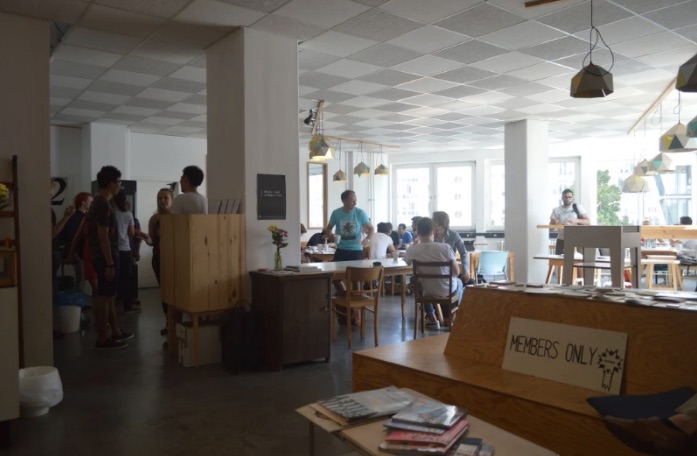 In France where work laws protect permanent salaried workers, almost all new jobs (92%) are now fixed-term contracts. Companies generally want to eschew long-term commitments that will make it more difficult for them to adjust the workforce to economic circumstances. To make the workforce more flexible they have been outsourcing more tasks and functions. They have found all sorts of ways to make their workforces more flexible. As a result, fewer workers can see their jobs as “safe”.

Companies also resort to freelancers for all kinds of jobs. Freelancers represent a growing segment of the active population: nearly one third of the US active population, 14% in the UK and 11% in France. Salaried work is still overwhelmingly dominant, but the number of self-employed workers has been growing steadily for 15 years. The number of salaried workers peaked around the year 2000 and has been going down ever since.

All in all, the most striking evolution is that more workers hop from one status to the other over shorter periods of time. Or juggle between the two at the same time. In France, as many as two million workers combine a salaried job with some sort of entrepreneurial activity on the side. Workers may choose to be self-employed, but do not necessarily remain self-employed for long. Sometimes entrepreneurship is seen as a strategy to become more employable in the future. Or vice versa when would-be entrepreneurs seek to accumulate experience as employees before they launch a new venture.

Workers search for communities and meaning

As work lives are increasingly chaotic, work communities become ever more important. Because careers are fragile and company tenures are short, communities take on an emotional role as well. Workers find that they are indispensable to form new networks to move on to other projects. As careers are increasingly project-based rather than role-based, these communities and networks also provide workers with an identity that jobs alone no longer provide.

It is in collaborative spaces that workers have increasingly been searching for the communities they need. The rise of the collaborative spaces has therefore been congruous with the progressive disappearance of linear careers. The less workers form an emotional attachment to the companies they work for, the more they tend to form alternative attachments to these rising communities. By sharing space and time together with fellow coworkers, the new workers compensate for the relative loneliness of self-employment. 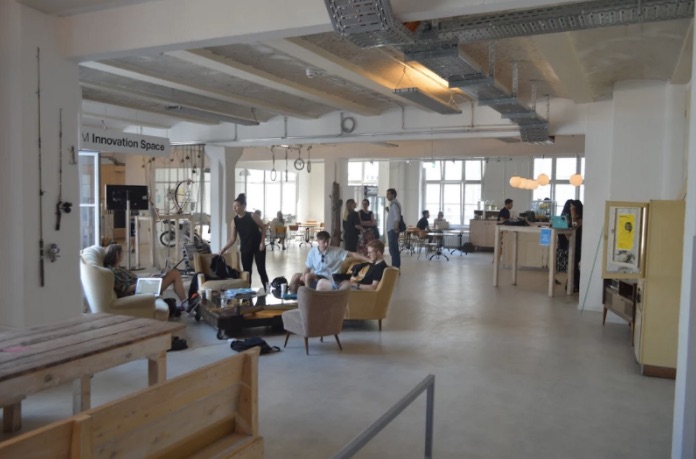 The people who run collaborative spaces always refer to their spaces as communities of people who help one another. Trust and solidarity are always presented as the cement of these spaces. Most coworking spaces spend vast resources to entertain the community, develop communication between the members, organise special events, including intergenerational events — coding workshops for children are particularly popular these days. All these tools and events give a whole new meaning to the role of the community manager.

Workers increasingly look to their coworking communities for meaning. Boredom is one of the most common reasons for changing jobs. In fact, the quest for meaning is the common fixture of every job hopping decision. The communities can be a sort of guiding thread that connects disjointed experiences. They support each member’s learning curve. They provide new opportunities for future projects. They are even the place to be recruited for future jobs.

For the most purist members of hackerspaces, makerspaces and independent fab labs, nothing is more treacherous and deceptive than a corporate hackerspace, fab lab or makerspace. The most militant of them reject corporations primarily because they believe knowledge should be nobody’s property. To them, innovation is not a goal in itself. Learning together is the only valuable purpose there can be. Naturally they believe the corporate attempts to emulate the hacker culture are vain and sterile.

Some collaborative spaces have spawned social movements which often aim to fight the planned obsolescence of devices and appliances and revitalise the economy in the process. This is the case of the “creative space” ICI Montreuil, located in an old factory, whose aim is to create a bridge between the city’s industrial tradition and today’s “creative revolution”. These movements reject mass consumerism and the waste it produces. Sometimes they reject corporations as a matter of principle, because they blame for-profit organisations for of all of capitalism’s excesses.

But the reality is more complex. The two worlds (corporate and non-corporate) actually communicate a lot with each other…and have more in common than the purists would care to admit. Successful managerial innovation rests on managers’ ability to breed meaning. Consequently they look to collaborative spaces for fruitful sources of inspiration. If innovation is a strategic imperative, then everything must be tried to pursue it, including liberating the workforce from the constraints of hierarchy and emulating the way people work in collaborative spaces.

Corporate hacking is very much in fashion these days. So is open innovation. Companies often excubate their employees in collaborative spaces for the sole purpose of training them to be more creative. Other employees are allowed to work remote and choose to join a collaborative space as a result. Many of the newer spaces capitalise on that trend and offer to mix different populations in the same space, for example, by combining “flex offices” rented to corporate clients with a regular coworking space.

Tours and visits have become a common ritual in all collaborative spaces. So many tours are organised on a daily basis that it has become a tourism industry. Companies, universities, consultancies and states use them to arrange “learning expeditions” and “inspiration tours” for which visitors are invited to “make donations”. This tourism (for lack of a better word) illustrates how much these Third Spaces are designed to connect individuals to regions, cities, and organisations as much as to other individuals. They are meant to be a showcase for the city or region that supports them.

Whether they are supported by a social movement or by the managerial experimentations of companies looking to be innovative, collaborative spaces have already transformed work as we knew it.